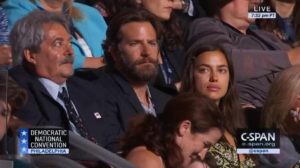 Although Bradley showed off a pretty serious beard at the convention, most would say the second hot topic is more newsworthy.

WikiLeaks reportedly released almost 20,000 confidential e-mails of seven of the DNC’s staff members. Following this revelation, the DNC hired a private contractor to contain and remediate threats on their environment. According to the DNC, their private contractor “moved as quickly as possible to kick out the intruders and secure our network.”

The cyber attack against the DNC isn’t the first of its kind. Many businesses of all sizes have faced (or will face) similar situations. Avalon has responded to numerous comparable engagements over the years and has been able to provide our clients with cutting-edge service by working diligently to ensure full satisfaction throughout the entirety of the engagement, from initial incident to successful remediation and continuous security monitoring of the network for future attempts to gain unauthorized access to sensitive corporate data.

When we are engaged in security breach situations, we attempt to contain, investigate, and ultimately remediate the risks and losses. If the DNC had approached Avalon with their issue, here are some steps we might’ve taken:

Security training is an important way for your company to spread awareness and be prepared for security threats. It is essential to educate users and to be socially aware of ever-changing electronic dangers, especially if you’re Bradley Cooper.

Read the free case study to see how Avalon helped one client recover from a major website security breach.