Part I of this series on advice from the Federal Judges Panel on eDiscovery was called “Take Your Geeks to Court.”  Now, we talk about what happens later in the discovery process, being actually in the midst of production and using predictive coding. 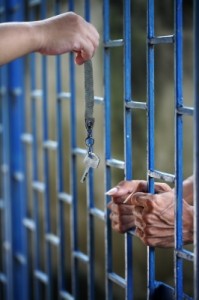 First, the panel set the stage by discussing production of privileged documents during eDiscovery and why a Federal Rule 502(d) order can be your savior.  Magistrate Judge Peck called the Rule 502(d) order your “Get out of Jail Free Card.”  He suggested that before document production begins the parties agree to a 502(d) order.  The order he suggests (and which you can download on the SDNY website under his rules) is basically a no fault provision entitling you to get back a privileged document that you accidentally produce in discovery.  What is key about obtaining this order is, “if you have a 502(d) order, there is no inquiry as to whether you were careful or not.”  You do not have to prove (like you would under Rule 502(b)), that the document’s production was inadvertent or that you took reasonable steps to prevent or rectify the error.  Magistrate Judge Peck suggests that the parties stipulate to the order to protect them both. If your opponent does not agree to stipulate to the order, ask the Court for it.   Not only is a Rule 502(d) order a great idea, but Magistrate Judge Peck commented, “I think it is akin to malpractice not to get this order.”  Indeed, Judge Fischer believes that such an order helps protect attorneys from malpractice claims, noting that there are a growing number of malpractice claims for inadvertent disclosure. 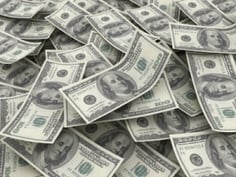 Judge Peck also noted that all studies to date have shown predictive coding “is infinitely better and cheaper than pure key word search or eyes-on review, which is nearly impossible now.”  He thinks that if we “give it 5 years or so,” Judges may insist that parties use predictive coding. It is also conceivable that if you do not use an efficient method of review and at the end of the case you are entitled to costs and fees, a Judge might not reward you for using an ineffective method when you could have done cheaper using predictive coding.

Judge Rodriguez agrees that predictive coding is the technology of the future, but also pointed out that, for now, the producing party decides how to produce. “Given how many lawyers have put their head in the sand for the whole concept of eDiscovery, predictive coding is still a little scary for them.”

Judge Fischer notes that, although some have taken a stance that it is attorney work product/strategy she believes you should be able to be honest with your opponent and tell them you are using predictive coding.  Magistrate Judge Waxse reminded the panel that attorney work product is not an absolute privilege and it is subject to the Court finding that there is a greater interest in protecting it than in sharing it.

Judge Peck noted that, “I do not see how, in Federal Court, if you are doing what you are supposed to be doing in the 26(f) Meet And Confer Conference, you can avoid saying ‘I’m going to be using technology-assisted review.’” He believes that we should not be holding predictive coding to a higher and different standard than what we have done with old fashion eyes-on/keyword review.

Judge Rodriguez notes that this is a gap in the current and the proposed Federal Rules.  Taking the rules literally, no, you do not have to disclose you are using predictive coding, especially if the specific question does not come up in the 26(f) Meet and Confer Conference.

Interestingly, Magistrate Judges Waxse and Peck disagreed about whether or not Federal Rule 702 and the Daubert standard apply to discovery, which would require Judges to be the “gatekeepers” of eDiscovery.  Judge Waxse believes that Federal Rule 702 and Daubert apply in all discovery disputes about computer-assisted review.  He noted that, “if you are going to put on expert testimony, you have to meet Daubert standards. You can’t have public trust and confidence if there is a battle of experts and neither are actually qualified.”

Magistrate Judge Peck disagrees.  He believes that Daubert and Federal Rule 702 do not apply to discovery, as Rule 702 applies to the admission of evidence at trial. With computer-assisted review, you are using a process to get evidence. It is likely that those pages you get will come into evidence because they are business records or admissions.  However, he did note that while not technically Daubert, if you are trying to explain predictive coding to the Court, you will likely need an expert or vender to help explain it to the Court.

Bottom line:  Predictive coding is the future.  It is something that you not only need to know about, but in all likelihood will eventually be using in eDiscovery.

If you liked this blog you might also be interested in reading: “Take Your Geeks to Court” & Other Advice from the Federal Judges Panel on eDiscovery (Part I)