It’s a love story old as time: once emails and attachments are joined together, are they then connected by the bonds of… umm… data-mony until crash do they part? 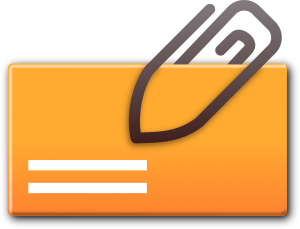 A Special Master considered precisely (or, really, close enough) this question in Abu Dhabi Commercial Bank v. Morgan Stanley & Co, Inc., No. 08 Civ. 7508(SAS), 2011 WL 3738979 (S.D.N.Y. Aug. 18, 2011).  Under the precise circumstances of this case’s email/attachment marriage, a Special Master analyzed whether emails and their attachments should be considered married (one entity) or separated (two) and, as a result, how they should be produced – formally as one, or not.

In a very, very basic summary (i.e. don’t quote this to the judge), defendants sought to compel production of numerous email attachments when the underlying emails had already been turned over to them.  If attachments were being withheld, defendants demanded to know why.  The responding party, as so many do, claimed it had already produced all relevant, non-privileged, responsive documents and that any attachments that were not produced were not responsive based on a date parameter.

To come to the best determination, the Special Master consulted a number of sources – which apparently resulted in almost as many possible resolutions as sources consulted.  When faced with such competing possibilities, what is a Special Master to do?  Make recommendations to the Judge, and see what she thinks, of course.  Luckily in this case, District Court Judge Shira Scheindlin adopted the Special Master’s recommendations.  The instructions were:

Additionally, they were instructed to kiss and make up.  Okay, not really.  But, the Special Master did recommend that the parties meet and confer to address a few issues, like (i) whether they’d been withholding attachments to e-mails from production on the basis of relevance, (ii) whether they were separately identifying e-mails and attachments on privilege logs, (iii) the format of the production of e-mails and attachments, and (iv) the format of the responding party’s list of e-mail attachments that were reviewed for relevance and withheld from production.

So, betrothed or not?  This case does not make that clear.  But what is clear is that a Court is going to make the parties – mostly the responding party - do a lot of the leg work when email attachments are not automatically produced with their beloved email counterpart.

If you liked this blog you might be interested in reading: Employee Emails Used for Business Purposes are Off-Limits (in this case at least)