Wouldn't it be amazing if all of the musical greats came together for one big concert?  Now, imagine the equivalent of that, but with all the great Federal Judges in eDiscovery on one panel…

Okay, so some of you may not be as excited as I was about that panel.  But trust me, it was something else.

The Judges not only told some of the best eDiscovery jokes to ever come from the District Courts (Really! Okay, maybe you had to be there.), but they came together to give - by far - the best advice for law firms and technology specialists heading to Court that we could hope for these days.  This is Part 1 of a two part piece covering all of that advice.

Just how much eDiscovery knowledge do lawyers and their technology staff need to have going into Court?  Judges understand that lawyers are limited in how much they can actually know when it comes to eDiscovery and the technical details of their client’s computing systems.  But, under the ABA Model Rules and local state rules, competence is required of attorneys.  That competence extends to having a basic knowledge of eDiscovery and the Judges all agreed that, at the very least, attorneys need to have an understanding of what they don’t know.  Do they understand the client’s networking systems, their infrastructure, how the ESI is organized, how it is backed up, etc.?  Probably not, but they should.  Lawyers do not have to know how to get to that information, but they have to understand what is out there and who to ask to retrieve it.  Judge Rodriguez compared it to being a medical malpractice attorney – if you practice in that area, you are expected to be able to ask intelligent questions of physicians and experts to work through the case. But as a medical malpractice attorney, you are not expected to actually perform the surgery.

Magistrate Judge Andrew Peck (whose decisions we have previously quoted in our Avalon publications), has a great solution for bridging that gap.  He calls it, “take your geek to court.”  Judge Peck’s advice is to bring someone from your eDiscovery/litigation support vendor, your client’s IT department, or at least someone who really knows what is going on when it comes to eDiscovery to those conferences, like the Rule 26(f) conference, where eDiscovery will be discussed.  Judge Peck also pointed out that there is a great danger in lawyers agreeing to a production format without knowing what you can, and should, do, when it comes to production, as agreeing to an improper format can create a lot more work, and a lot more expenses.

Magistrate Judge Waxse explains that cooperation is crucial in eDiscovery cases to reach the goal of Federal Rule 1: just, speedy, and inexpensive resolution of an action. And, why not cooperate?  The panel noted that cooperation is not only quicker and less expensive, but, because lawyers can no longer “zealously” advocate for their clients, it can look suspicious when parties do not cooperate.  Judge Robert L. Miller, Jr.’s order regarding discovery of ESI in In re Biomet M2a Magnum Hip Implant Prods. Liab. Litig., No. 3:12-MD-2391 (N.D. Ind. Apr. 18, 2013) was discussed.  In that instance, the parties were not cooperating in eDiscovery.  In his order, the panel described that Judge Miller basically told the parties, “I cannot make you cooperate but I find your lack of cooperation troubling,” and he encouraged the parties to rethink their positions. 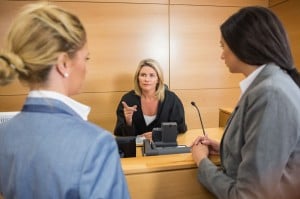 Magistrate Judge Peck understands that a client may be adverse to cooperating with the opposing party.  He suggests two approaches if that is the case: 1) Give the client a budget with cooperation, and then give them a budget that reflects the expenses without cooperation.  The second, he says, will be at least twice as big as the first.  Or, 2) Tell the client you are “going to strategically, proactively release information.” This is cooperation couched in strategy.  If you know the key custodians, Judge Peck notes, there is no point in hiding the ball; so with strategic cooperation, you can gain advantages. He suggests that the attorney advise the other side, “We think these people are the key custodians, and we would suggest starting with those.”  Working together will save both parties time and expense.  Also, many Judges will give the parties more time in the discovery process if you are cooperating from the start. The most important thing, Judge Peck believes, is if you know what your client’s data is and where it is, and then “you set the table [for discovery], you are likely to be in a much better position with the other side.”  Judge Fischer also noted that the time for flexibility and creativity is at the conferences early on; understanding what eDiscovery you are dealing with from the beginning will help you shape the discovery schedule from the start.

When it comes to discovery demands from other parties, the Judges also suggest that simply going in front of the Court and arguing that a demand is too broad is likely not going to work unless you are willing to give the Judge a solution.

See?  I told you it was exciting stuff. And it only gets better. Stay tuned for Part II, the “Get out of Jail Free Card” that is Federal Rule 502(d), and the panel’s heated debate over predictive coding.

If you liked this blog you might also be interested in reading: The “Get Out of Jail Free Card” That is Federal Rule 502(d) & Other Advice From the Federal Judges Panel on eDiscovery (Part II)